There has been more and more interest in the news about the prevalence and rise of Eating disorders and disordered eating.

Firstly I want to break a couple of myths around Eating disorders and disordered eating.

Unfortunately what is often portrayed in the media is the sensationalized stick-thin young girl surrounded by feeding tubes. The truth is anorexia nervosa is actually the least commonly diagnosed, the most common Eating disorder diagnosis is binge eating.

You cannot tell someone has an Eating disorder just by looking at them, or judging them on their weight. Most sufferers have normal weight and normal BMI.

You can help someone overcome an Eating disorder just by forcing them to eat, or making them stop exercising. Forcing someone to stop their coping behaviours without providing them support and strategies to manage the distress will likely lead to secret behaviour or different disordered behaviours being undertaken.

So what is the difference between Eating disorder and Disordered eating?

Eating disorders, disordered eating and dieting all exist on a spectrum. A spectrum of behaviours and thoughts around food, exercise and our bodies.

Whilst people will argue that changing your diet, exercising more and looking after your self are all health-positive behaviours, it is the underlying negative thoughts about one’s self that pushes these behaviours into excessive, rigid and controlling behaviour patterns.

Thoughts and behaviours down the negative end are often referred to as a disturbed pattern or disordered pattern or abnormal pattern which is where the term disordered eating comes from.

No, To have an Eating disorder you must have disordered eating habits, behaviours around food and exercise which impact on your physical and mental health.

To be diagnosed with an Eating disorder means your behaviours need to be severe enough to meet the criteria under the DSM5. A diagnosis is usually given by a clinical psychologist or registered doctor. You can still have extremely distressing disordered eating behaviours it is just that it hasn’t been diagnosed yet.

So is it really that bad if I have some weird habits around food?

Some people will have disordered eating habits their whole life and accept it as normal and not feel the need to change or seek help.

Other people may have disordered eating habits like over-exercising or undereating that only pop up in times of stress.

And others will only have a few noticeable behaviours but are consumed with thoughts and fears around food, socialising and dieting. Only you can answer the degree which it is affecting you.

What are Eating disorder behaviours?

Avoidance of social situations where food is involved

What are disorder eating behaviours?

eg: consistently eating in a 500 calorie deficit for many months or years

eg: feeling as if you HAVE to eat a bar of chocolate and are unable to stop

eg: prepping food every single day to ensure macros are not over or under

eg: jumping from paleo to keto to Atkins

eg: training for hours on end or during injury

Eating only one type of food

eg: eating only ‘green’ food or food that is ‘clean’

eg: cutting out all carbs

eg: excessive eating in one sitting

Avoiding social occasions around food or eating in front of others

eg: bringing food in a Tupperware container to Christmas dinner

You might be eating out at a restaurant with friends. If someone is sitting down the healthy end, they can choose to eat and steak AND a desert because that is in alignment with their hunger cues, and they have no feelings of guilt about breaking a diet or cheating.

Compared to someone who is impaired and is so unable to choose a meal of the menu due to fears and thoughts and feelings around food that they have pre-prepared their own meal in a Tupperware box.

I think I have disordered eating should I be worried?

The longer someone stays in a disordered pattern of eating and a negative headspace around food, exercise, your body, the higher the chance of developing an Eating disorder.

Challenging these thoughts and behaviours will most often involve the support of a professional trained in these areas to break the cycle. Unfortunately, a lot of people I see try to manage the behaviours by being stricter, more rigid, or swapping the behaviour for something else. Without digging deeper under the surface as to why they are struggling in the first place.

Without recognizing the beliefs and thoughts that are driving these behaviours they can often resurface down the track with even more severity.

Where should I go for help?

The first step is to speak with a GP for a full health check, there are a number of health risks of disordered eating. From there you can get a referral to a psychologist who specialises in working with Eating disorders.

Most states have an Eating disorder service and the The butterfly foundation have a national support helpline. 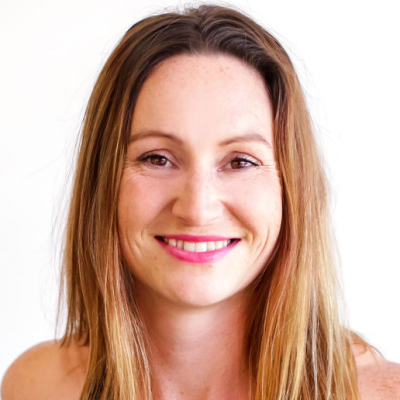 I am a compassionate, dedicated and non-judgemental Therapist and Coach. I help women feel stronger, happier and in-tune in their own bodies. I want to challenge the current culture that tells us that we are not enough, never enough.
… END_OF_DOCUMENT_TOKEN_TO_BE_REPLACED